One of the things the team has focused on during this trip is making sure that the sponsored children write letters to their sponsors that will be sent later, during the Christmas season.

In our American world we can whip out an email in a matter of seconds, text anyone – anywhere and get an immediate response, and tweet thoughts that go viral. Now – we can even write whole messages to people using little emoticons. We’ve taken away the need for words!

Sometimes I wonder if it is so easy to use them, we have decreased their value.

These past several days we’ve watched the kids of Acres of Hope be meticulous about their words. They weren’t doing it because it was a school assignment or because they were going to be punished if they didn’t. They were crafting together words so that they could continue building relationships with their sponsors.

It’s been years since I was a part of sponsor letter writing in Uganda. So I assumed when Michelle shared that this would be something we needed to focus on, it would take a few hours and we would be finished. Certainly, that is what it would look like if we were leading this activity back home. I had NO IDEA it would take days!

Why? Because every group took around an hour to write their letters! LITERALLY – AN HOUR!

If their sponsor sent a letter over, they would first read that. Pouring over the letter and looking at the pictures contained within.  Then they would share it with their peers and everyone would be excited for one another. (That too was astounding! I wondered if we would have the same passion and excitement for our peers if they were to receive something we didn’t have.)

There doesn’t seem to be a lot of envy and competition here.

The kids would meticulously write each letter – literally. Each. Single. Letter of a word. Then they would check it back over to make sure they didn’t make mistakes. The smaller ones allowed us to help and despite the language barrier, they too did their very best so that they could keep building their relationships with their sponsors.

As we were preparing to leave this evening I was spending some time with Daphine, whom Scott, Andrew, Layne and I sponsor. It was pretty sad because she will take her P7 exams next week and then if she does well, she will move to high school which is typically away from AOH (and a little like our version of college as far as being in that type of setting).

As I was trying not to cry, Daphine suggested I tell a story.

For someone who talks for a living and is never short on words, I didn’t have any clue what kind of “story” to tell. I was thinking back to the stories I’d tell Andrew and Layne as they were growing up . . . . I didn’t think those would work. Somehow “Patty Pancakes and Sammy Sausage” seemed irrelevant. (And no, I have no clue why I made up those names but they worked back then).

I shared with Daphine that I had no idea what story to tell and she replied, “Just tell me stories of Jesus.”

That left me speechless for a bit because in a million years that is not what I would have imagined. So for the next several minutes, I told her some of my favorite Jesus stories.

How he was absolutely the most kind human being ever. How he loved the unlovable. He healed the sick. He revealed his identity to the woman at the well. How he showed those who followed him the beautiful nature of God.

How he sacrificed himself so that others could be cared for.

“You know – Pastor Geoffrey reminds me a lot of Jesus,” I remarked.
She nodded and beamed.

There’s no doubt of that. And he is a man of powerful words.

That’s what this place is all about . . . words that share love, compassion, deliverance, and hope.

We are all far richer if we find a way to get past our emoticons and share some words. 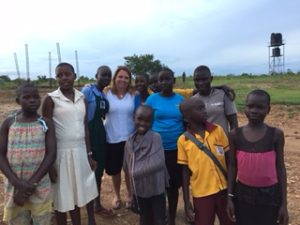 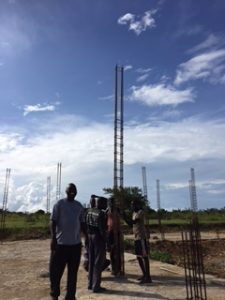 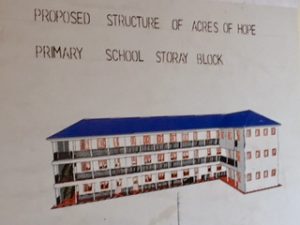 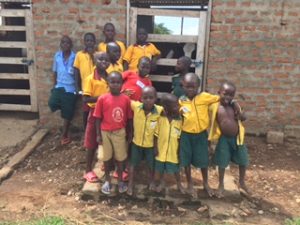