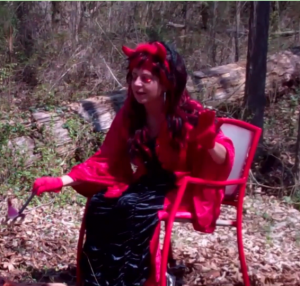 “What do you mean?” I replied.

“I just don’t understand what you don’t understand. Can you not read what it says RIGHT HERE?????  It says, ‘No one comes to the Father BUT through Jesus!’ He is the ONLY WAY!”

My response, “I understand what we read here. However, I’ve learned that we must also look at . . .”

My words fell on ears that had no desire to hear what I had to say.
I lost her.

It was the last “Bible Study” she ever attended at the church where I was appointed the associate pastor.

We were during an interim time where the former senior pastor had moved mid-January and the new senior pastor had not yet arrived. Little did the new guy know what would be waiting on him when he arrived . . . “The chaos from Andrea.”

I had learned a lot from the former senior pastor.
Theology was something that was new to me as I was in seminary.

I was preparing for ordination as a deacon in the United Methodist Church and had passed Systematic Theology. However, I was as GREEN as GREEN could be in serving in the capacity as a “minister,” so I had a LOT to learn along the way.

Right before the former senior pastor moved, I had the opportunity to mentee under his leadership with pre-martial counseling.
The young man in the session did not believe in God or in “organized religion” . . . much less “Christianity.”

He expressed his concerns about a God of love, grace, and compassion condemning billions of people to eternal damnation simply because they “had not been saved.”

I will NEVER forget how my senior pastor explained the “way” of faith to that young man. It was beautiful, powerful, and gave a glimpse of a God I was yet to understand.

I explained that “way” in the message yesterday.

Hearing Terry Moore explain that to that young man changed me. Forever.

The new senior pastor, Rob, had been in the office two hours when he stuck his head in my office, saying, “Hey! Do you know a Mr. and Mrs. ABCDE? I have an email from them. They say it is urgent and it’s about what you are teaching. They want to meet to warn me.”

My stomach hurt. My neck got really red. (Both are signs of my absolute mortification.)
I knew what they wanted to meet with him about.

She was the lady from the Bible study . . .the one who wanted me to condemn most of the world to hell because they didn’t see it exactly “our” way.

I figured it was best to go on and just come clean so Rob and I debriefed.

Rob set up a meeting with them for the next day.
They did not disappoint!

“She’s a heretic. She has no idea what she is teaching. She doesn’t understand the Holy Bible.”

Rob responded on my behalf.
He did so with grace.

They left the church.

Today – I’m back to having some anxiety.

Sharing theologically challenging messages seems like a good idea at the time; not, however, over the spans of the next few days!

Trying to be pre-emptive, I asked my mentor if she had listened to the message yet. I wanted to see if she thought I was theologically sound or if I screwed something up.

As I explained to her the basic tenets of the service and message, I told her I was afraid I was going to get some “hate e-mail.” (I’m having flashbacks to the day I had to tell the brand new senior pastor why he was getting emails from people asking to meet about theological emergencies.)

Her reply,
“Is your calling to avoid hate mail? Or is it to share the Truth with those who misunderstand it? Jesus would have gotten hate mail!”

The bottom line of the message yesterday . . . just a small challenge to realize the wideness of the mercy of God might extend beyond an actual “name.” It is about the PERSON and LIFE of Christ. Not just a few letters on a page. Jesus did NOT tell us to BE a Christian. Jesus challenged all to our BEING and LIVING in The Way.

What if the WAY and TRUTH of Christ are much, much more vast than the actual words we’ve used throughout the years?
Knowing, accepting, and believing in the Way, Truth, and Life of Christ is essential to having LIFE!

BUT – that is a WHOLE LOT MORE than a “professional statement” we make one time so that we have “life insurance.”
It is about LIVING and BEING IN The Way.

The Way . . . it’s costly.
It requires our sacrifice.
Not being so focused on ourselves.
Extending love to “all people.”
Not casting stones at those who are different than what “we” may like or believe.

But That Way –
it also abounds in grace.