That is what Eboni Green refers to as “the cross.”

Eboni, an entrepreneur, professor, and consultant for companies such as McDonald’s, Lexus, Coca Cola, Unilever, Allstate Insurance, Home Dept. Bono, and several more big names, has long been fascinated with the image of a cross.

She asks, “Why would a religion cling to a symbol that is nothing more than a torture device?”

Perhaps because the religion of Christianity leads to a rich living by embracing that true life comes with sacrifice.

Jesus plainly stated that we are to take up our cross, deny ourselves, and follow the Way.

Picking up a cross is costly . . . it isn’t a burden we are bearning, as often is said, “This is my cross to carry.”

Carrying one’s cross is about sacrifice. Intentionally choosing to have “less of self” so that others can have more.

It is when we live into this “less of self” that we are assuming the new posture and presence.

As that new posture is assumed, it will be found that the helpfulness and kindness that comes with a posture of sacrifice awards one’s life with gifts beyond measure.

“Give, and it will be given to you. A good measure, pressed down, shaken together, and running over, will be poured into your lap. For with the measure you use, it will be measured to you.” 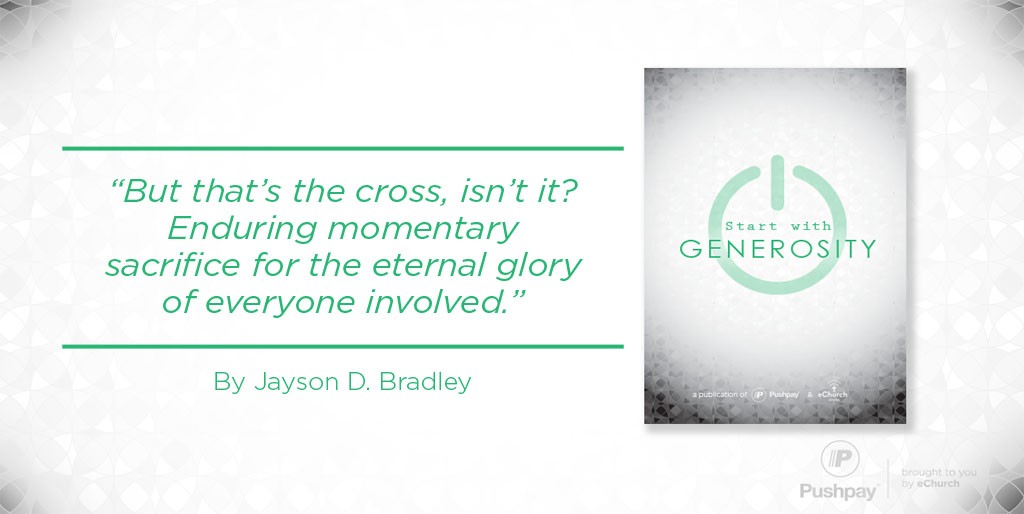